Where chickens and women rule 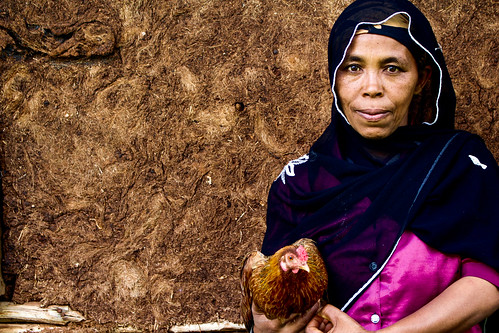 Gender is central to the work of ACGG. Particularly when it comes to understand how gender relations play a role in allowing women farmers (or not)to improve their livelihoods through chicken development.

Two of the five outcomes of the program are focusing on opportunities for women to make a better life – with all the positive impacts that it can have for the rest of the family:

Outcome 5 states: “Increased empowerment of women smallholder farmers in the chicken value chain to be seen across rural communities”.

Why an awareness campaign on gender?

Despite these objectives for the ACGG program, much remains to be done on the gender front.

Therefore, ACGG has decided to focus on women and chickens, and more widely on gender in ACGG from April to June 2017.

This awareness campaign will feature a series of web stories, pictures, videos, publications that were developed by the ACGG team to both understand the current situation and position the ACGG approach and ambitions with regards to gender-related outcomes of the program.

This web page and this website are your go-to place throughout the campaign. Everything that is happening elsewhere will be captured or linked to from here.

In addition, find below a list of other specific outputs and channels that you can follow about this awareness campaign:

And for the real aficionados, you can find some more resources on the gender page of the ACGG team’s work space.

Items published on this website as part of the campaign or related to gender:

Where chickens and women rule: ACGG rolls out gender awareness campaign (the introductory post to the whole campaign)

The ‘In Focus’ page zooms in on specific themes that are important to ACGG and become the focus area of an awareness and communication campaign, as is the case with the gender campaign in 2017.