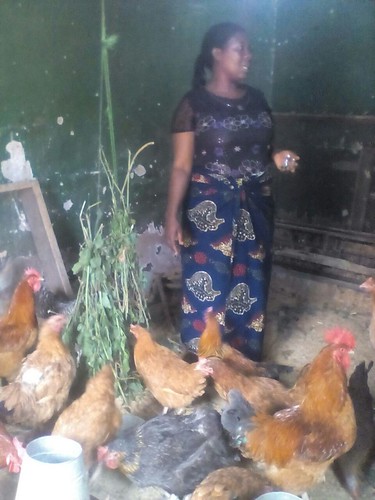 Rhoda Mwile is a smallholder farmer from Mbalizi Village in Mbeya District, Tanzania. She is married, and has four children. Ten years ago, she started keeping local chickens under scavenging condition. Despite experiencing great losses due to chicken diseases she did not give up.

After attending the Nane Agricultural Show in 2013, where she learned  about improved chicken management and keeping poultry as a business, Mwile decided to apply the new knowledge, and bought 100 layer chicks. She successfully managed to raise them until they started laying. She uses the income from the eggs she sells, to cover household expenses and school fees for her children.

In 2015, she decided to expand her chicken business. She culled and sold all the layers earning Tsh 2,000,000 (USD 890) in the process. At the time, she was actively engaged in village community bank (VICOBA). She deposited the money in the bank but it was not enough to help her get a loan to realize her plan of keeping 500 laying hens. 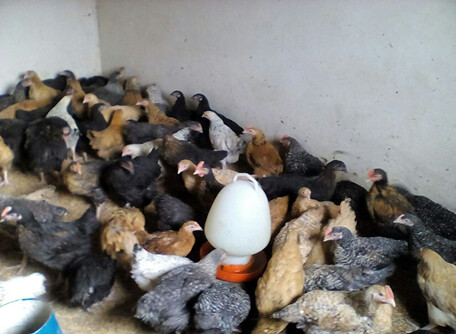 In July 2016, she received 25 Sasso chicks from the International Livestock Research Institute (ILRI)-led African Chicken Genetic Gains (ACGG) project. ‘The project came just in time for me and I am glad I joined it,’ she says. ‘The improved chickens are very good, they grow fast and they produce many and big eggs. I have also learned a lot from the project staff.’

‘I am very happy because this is the second time I have bought 100 chicks and sold them all. This project has revived my life’, she proudly explains.

According to Mwile, the Sasso birds are very good layers and are meaty. Her family eats about 18 eggs each week. and the remaining eggs are sold for Tsh 500 – 1,000 each. She is progressively moving towards her goal of raising 500 chickens and is aiming for a minimum profit of Tsh 1,000,000.