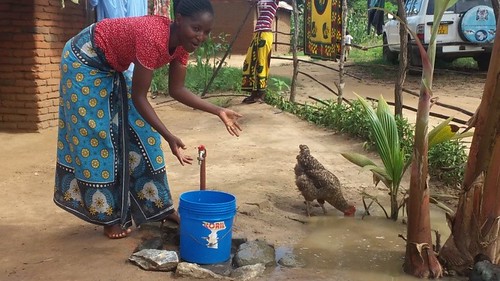 Unfortunately eight of the birds died, and she later sold the remaining 12 cocks for Tsh15,000 (about USD7) each to a hotel owner. She used the money earned to install piped water in her homestead to meet her household water needs. She now no longer carries buckets of water from the river, which was one of her daily chores before.

Her family now has access to enough water for domestic use and to irrigate a kitchen garden. The vegetables from the garden and eggs from the Sasso chicken, which her family eats twice to thrice a week, have improved her family’s nutrition, especially of her two young children. ‘I was so happy when the birds started laying in Nov 2016,’ she says. By April 2017, she had sold 200 eggs for Tsh500 each.

The future looks bright for Alfred and chicken farming might just be the first step to a better life for her family.